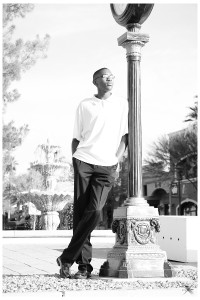 Jonathan Stevens is a talented and well-rounded person. On the court he has the skills to become a well-rounded basketball player. Off-the-court he is looked up to as a very polite and well-educated young man. He devotes his time to developing his skills and knowledge of the game of basketball. At the same time he always puts his education before his extracurricular activities. Education is very important to him and he feels it’s the key to success in his overall life.

Jonathan enjoys reading and drawing, not that many people know that about him. He received a perfect score when he took art junior year of high school and always averages a B or above in his english classes over the years. He is currently taking a dual enrollment english course as of this year and is maintaining a high B. He also enjoys hanging with friends, playing xbox, listening to music etc. Pretty much everything a regular 18 year old does in his free time.

Jonathan hopes to stay close to home for college, preferably on the west coast, but is always open to other options. He hopes to major in business and after he finishes with college ball hopes to start a business of his very own. From his part-time job working at his mother’s veterinary clinic, he hopes to gain more knowledge on how to run a business.

http://www.prephoopsarizona.com/news_article/show/562507?referrer_id=1550335
“The former Desert Mountain forward has improved a ton over the past year. Stevens is playing with confidence and has grown comfortable in his role. With the Bruins Johnathon is content with the fact that he will not be looked upon as a big time scoring options. However he has embraced that role and grown into himself as a utility guy. The 6’7″ senior defended both the perimeter and the post effectively last night. He was good on the boards, made a ton of hustle plays, and complemented Ayton and Bagley well. He is a glue guy and things seemed to run better with him on the floor.”

Camps That Jonathan Participated In